Tequila, or "el tequila" in Spanish, is known internationally for its exquisite taste and cocktails such as Margarita and Tequila Sunrise. This liquor is produced in Mexico from the blue agave also called "Agave tequilana".

The Agaves, mostly from Mexico, are part of the Agavaceae family, they are also known as pita, or maguey or cabuya.

The name of Tequila comes from the Mexican municipality "Tequila" in the state of Jalisco.

Initially, the Mexicans were producing "pulque". This traditional alcoholic beverage containing approximately 7 ° has a whitish color and comes from the fermentation of the sap of the agave "pulquero".
Mexicans also used to ferment steamed hearts of the agave.

The arrival of the Spaniards in the sixteenth century introduced the distillation process, which allowed then to get the agave wine or mezcal wine.
In the nineteenth century, the introduction of railways in Mexico encouraged the development of the Tequila industry, through export to other destinations. The production of Tequila is booming, this regional product is quickly becoming a national and international liquor in the second half of the nineteenth century.
At the end of World War II, the Tequila demand increased so much that in ten years the number of agave fields increases by 110%.
In 1965, the Tequila market is experiencing a considerable development. This is the beginning of the industrial period in the history of Tequila. 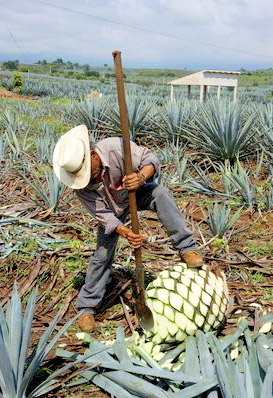 The Agaves must be cultivated for 10 years before being mature.
We reap only the heart of the agave.
All hearts are then steamed in a large oven for 24 to 50 hours to enhance their flavor and turn starch into sugar, then all hearts are crushed and pressed.
The collected sap is then put into fermentation tank after adding yeast and sugar. 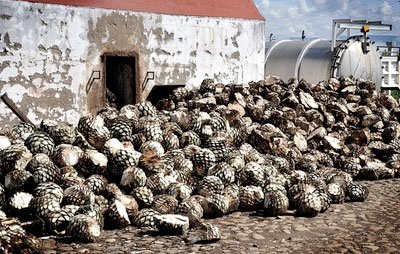 We then proceeded to distillation.
Depending on the desired product, the Tequila is aged in oak barrels for 6 months to 10 years.
Once aging is complete, deionized water is added to bring the brandy to the desired degree.

According to the Appellation of Origin Tequila, at least 51% of the alcohol contained in the Tequila must come from "tequilana Weber" Agave grown in the states of Jalisco, Guanajuato, Michoacan, Nayarit or Tamaulipas.
Recently, this minimum percentage rose to 60%, leaving 40% of sugar alcohols. 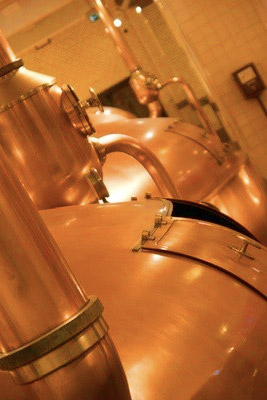 There are several types of tequila:
• Tequila Blanco: basic Tequila, regular quality and translucent, which is obtained directly after the second distillation.
• Tequila Joven or Oro (young or gold): most exported category, resulting from mixing Tequila blanco, coloring and flavoring.
• Tequila Reposado (rested): Tequila that ferments in oak barrels for at least 2 months. This is the most consumed Tequila in Mexico.
• Tequila Añejo (aged): Tequila that has aged for at least 1 year in oak barrels, giving a more pronounced taste of wood. Aging can last up to 10 years or more.
Top of the page

We use cookies to enhance your user experience
By continuing to use our website, you agree to our use of cookies in order to offer you contents and services adapted to your needs.